Refurbishment of the Water Garden – Oasis in the City 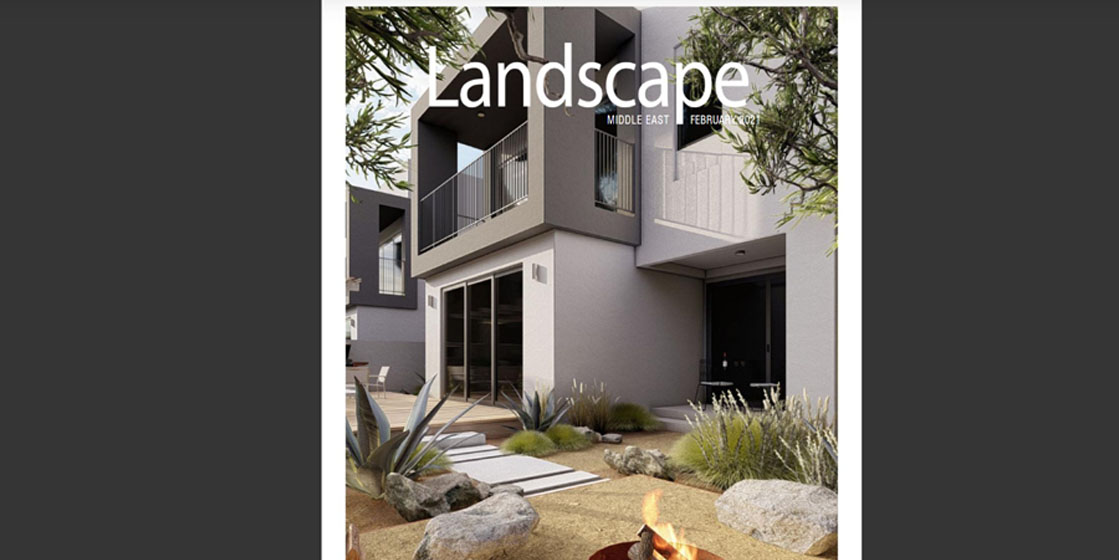 By: John A Davies

Continuing my series of articles about the public gardens of the Kingdom of Bahrain and in this instance the BD2.9m refurbishment of the Water Garden at Alguful in Manama, I put the following questions to Director of Urban Development, Architect Ms. Raweya Al Mannaei of Municipalities and Urban Planning at the Ministry of Works.

The Water Garden is one of the oldest public gardens in Manama, what brought about its refurbishment?

The project was initiated by H.R.H. Princess Sabeeka Bint Ebrahim Al Khalifa, wife of H.M. King Hamad Bin Isa Al Khalifa, and President of the Supreme Council for Women, who, knowing the place the Water Garden occupies in the hearts of Bahrainis, was inspired by a vision to bring it up to date – more in keeping with 21st Century needs. Her Royal Highness has maintained a keen interest in the project throughout its development.

Refurbishment is often a difficult exercise, what was the biggest challenge?

The biggest challenge was retaining the main components such as the existing lakes and the landscape with its many mature trees and walkway routes.

Examples of the Water Garden’s existing mature vegetation, which provided a framework for its refurbishment.

What were the factors influencing the revision of the original design?

With the Water Garden having been designated a National Garden it was this as well as the social, environmental, economic, physical and psychological health benefits a public garden provides which were the influencing factors. Embedded in the fabric of the city it serves to make the neighbourhood a more attractive place to live, while improving the quality of the air we breathe. Moreover, it provides a habitat for wildlife and offers a place for children and parents to participate in family outdoor activities, also to commune with Nature. In approaching the garden’s refurbishment, the design builds upon its historical features, such as the two lakes occupying 11,400m², also the many trees, all combining to create a popular destination offering a relaxing, entertaining and green oasis in the heart of Manama for residents and tourists alike.

A photorealistic Bird’s eye view of the refurbished Water Garden showing the extensive walkways and one of the lakes with fountains, all complemented with lush vegetation.

These were addressed as phases, Phase 1 being the construction of a new boundary wall, guard room, switch room and sub-station, Phase 2 being the removal of the rides and games and the renovation and improvement of the botanical aspects, which included planting the flamboyant, sea hibiscus and the neem tree.

In addition to the existing elements, what are the garden’s further distinguishing elements and features?

The Water Garden’s further distinguishing features include supplementing the existing trees and palms with a physic section consisting of medical herbs, while other aspects comprise climbing shrubs and succulents; altogether these elements combine to increase the botanical cover by 11%. Other notable items include the introduction of modern LED landscape lighting techniques, a landscape misting system to reduce heat and remove impurities from the air, such as dust and pollen; also, the inclusion of contemporary paving patterns, supplemented with modern types of public garden furniture, involving wooden seats and benches, litter bins, drinking fountains, trellis and shade structures in the form of pergolas and umbrellas

Earlier we touched upon buildings in the garden, could you elaborate on these?

In addition to the guard room, the substation and switch room, as already mentioned, other buildings incorporated into the garden scheme include investment facilities, such as a cafeteria and restaurant, also an administration building, prayer rooms and public conveniences

It is noted that the pavement network lends itself to walking, which appears to have become something of a national pastime. Was this part of the design intent?

Links to the garden have been maximised allowing residents to gain entry to the garden and its facilities, in particular footpaths, which form excellent walking circuits and which, as you say, was the design intent. They also allow exploration of all aspects of the garden.

A walking circuit along the perimeter of one of the lakes

Public gardens are very popular in the cool of the evening and presumably this was a factor in the Water Garden’ refurbishment?

Yes, it was an important consideration, for it had been noted, particularly in the hotter parts of the year, it’s the evening when the temperature falls that parents take their children to play in the gardens. Also, it’s the time when the gardens are used by walkers, hence with judicious lighting we have tried to create a pleasing atmosphere for such activities, as well as those who simply wish to sit on the garden’s benches and enjoy the ambience of the scene.

Photorealistic image reflecting the ambience of a walkway in the evening

You mentioned that the rides and games facilities were removed. What has replaced them?

The rides were not replaced as it was HRH Princess Sabeeka’s vision to focus on refurbishing the Water Garden as a peaceful oasis in the heart of the city. However, play areas have been included catering for children and toddlers, as well as children with special needs.

Photorealistic image of a children’s play area as completed

The lakes are the iconic features of the garden, what were the design considerations to integrating them into the refurbished scheme?

The lakes are the main features of the garden, occupying 19% of the total area and the aim has been to maintain their natural character, with the emphasis on biodiversity, particularly in respect of waterfowl, such as swans and ducks, an island having been created for nesting purposes. It had been intended to include a bridge to the island, though this was later terminated. Also, it was planned to introduce fountains, but these too were aborted in favour of creating a channel linking the two lakes traversed by a bridge. The water is circulated between the two lakes by a series of pumps and a purification system.

Photorealistic image of the bridge as completed

What were the factors which influenced the additional planting or softscape?

A major concern was plant diversity, and bearing in mind that Bahraini date palm plantations were for many years noted for their wide variety of fruit trees, and such as remain still reflect this characteristic. In acknowledgement of this unique feature, in addition to palms, ornamental trees and other plants, the Water Garden is planted with a number of fruit trees, including lemon, pomegranate and mango. Irrigation is provided by TSE, which will relieve reliance on the bore wells and reduce soil salinity by virtue of the constant passage of irrigation water leaching out salts to below the root horizon.

The Water Garden features a monument; could you please describe its significance?

The monument, entitled “Home” is a white columnar abstract sculpture symbolising trees. Cavities in the column for bird nests give the structure its name – inspired by the wide variety of birdlife which uses the garden as home; while the trees in the garden are represented by their leaf shapes embossed on its surface. Together, the symbolism of trees and birds signify the biodiversity of the Water Garden. The monument itself stands for the unity of man and Nature or the built and natural environment.

Aspects of the Monument showing cavities for bird nests, which in tandem with the symbolism represent home

The Monument with an interpretation plaque showing the types of leaves clothing the trees in the garden, supported with text.

On a closing note, one cannot but appreciate the total commitment HRH Princess Sabeeka’s vision of a peaceful oasis in the heart of Manama has inspired in all concerned.

Yes, the vision of Her Royal Highness for the Water Garden has been an inspiration to us all and is expected to be realised in March 2021.